Gandhi’s (Ben Kingsley’s) silent protest, most famous of all his hunger strike, brings England to its knees. Britain stopped trying to colonize India and lifted the Salt tax. Eventually, Gandhi’s actions lead to his assassination by Hindu extremists angered over his plan to visit Pakistan.

The once very large province of India then split into what is now India proper, Bangladesh, and Pakistan. India gained a self-ruling government through the action of Gandhi and his followers. 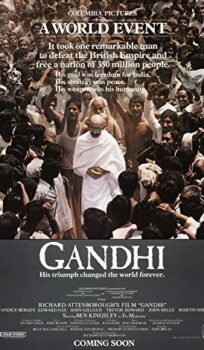