POOPER:
Junior isn’t Henry’s son, he’s his clone. Clay set up GEMINI to spare the lives of future soldiers, and since Henry was the best assassin they had, using him as the base for the clones was the best choice. Henry prevents Junior from killing Clay, then he kills Clay himself. Later, Junior enrolls in college and has renamed himself Jackson Brogan.

LONG VERSION:
Henry Brogan (Will Smith) is an assassin for the Defense Intelligence Agency, or DIA. After he and his partner Marino kill a bio-terrorist named Dormov on a train that nearly also killed a little girl, Henry becomes tired of all the killing and decides to retire. Some time later, and now living on the Georgia coast, Henry befriends rental boat owner Dani (Mary Elizabeth Winstead) and meets his friend Jack. Jack tells him that Dormov was actually an innocent molecular biologist and not a terrorist, and the DIA may have ordered his killing for other reasons. Jack also says he learned this from his informant Yuri in Budapest and gives Henry the files about Dormov. The entire conversation was bugged and overheard by DIA director Janet Lassiter and GEMINI director Clay Verris (Clive Owen). Clay wants GEMINI to kill Henry, but Lassiter says they’re forbidden from working in the US, so she’ll take care of it herself by claiming Henry has gone rogue.

A couple of nights later, Henry learns that Dani is also a DIA agent ordered to follow Henry, but she wasn’t involved in the Dormov case. Later, a team of DIA mercenaries arrives looking for Henry, and they kill Jack. Henry then hears them breaking into his house and calls Marino to warn him, but he hears him get killed over the phone. Henry escapes and goes to Dani’s apartment, thinking she may also be a target. She is also attacked, but together they are able to kill the mercenaries. Dani learns before killing one of them that Lassiter ordered the hit on Henry. Henry and Dani then escape on her boat, and they later meet up with another friend of Henry’s, Baron (Benedict Wong). The trio decide to hide out at Baron’s house in Colombia until they can figure out how to meet up with Yuri.

Clay, after learning the DIA team failed, orders his best mercenary to finish off Henry and Dani. He eventually arrives in Colombia and immediately goes after Henry. Henry spots him and they chase each other throughout the city, noticing that he bears an uncanny resemblance to himself. The mercenary is able to get the upper hand, but the police arrive before he can kill Henry and runs away. Unable to go back to Baron’s house, the trio decide it’s time to travel to Budapest to meet Yuri. During the flight to Hungary on a “borrowed” Gulfstream, Henry is troubled by the resemblance to the mercenary, and quickly denys Dani’s idea that he could be his son. Just to be sure, Dani will have a DNA sample of both Henry and the mercenary (he left his hat behind) sent to a lab for analysis. Meanwhile, the mercenary has returned to the US, and goes to Clay’s house. The mercenary is actually Clay’s son Junior (also Will Smith, CGI’d to look younger), and Junior learns that his target was once a DIA assassin who has a similar skill set. Despite the failure, Clay orders Junior to finish the job.

Now in Budapest, Dani get the results of the DNA test. The mercenary is not Henry’s son, but his clone. Henry is not only surprised that he has a clone, but that the clone is trying to kill him. They meet with Yuri, who confirms that Dormov was working with GEMINI to create clones to replace soldiers on the battlefield. Dormov didn’t like the direction the project, led by Clay, was heading, so he quit and was going to go work for Russia. That is why he was targeted by the DIA. Henry then sends a message to Lassiter, telling her that he knows everything and to call off her mercenaries. Otherwise, she will be Henry’s next target. He also negotiates with her to have Junior bring Dani back to the US for her protection, since she had nothing to do with GEMINI. Junior meets with Dani and takes her in. Dani asks why he is targeting Henry, and he answers that Henry went rogue and killed the operatives and his spotter, and he is also setting a trap for Henry. Since Dani was bugged, Henry hears this and is prepared when he confronts Junior again, just as they planned. Henry is able to catch Junior and free Dani, and Henry then tells Junior who Clay really is. He also tells Junior things about himself that no one else would know, and that it’s not too late to get out and have a life without killing. The two then brawl, and once again Junior has the upper hand, but Dani shoots him and he gets away. Henry then tells Dani and Baron it’s time to return to Georgia, because that’s where Clay and GEMINI are.

Back home, Junior meets with Clay and demands the truth. Clay confirms that he is indeed a clone, but also his son, and in order to be better than Henry, he has to kill him. This is something Henry told Junior in Budapest that Clay would say. Junior then goes back to Henry and says he wants to help them stop Clay. He also wants to know more things about Henry’s life. Just then, a large team of GEMINI mercenaries attack, including one wearing a full suit of body armor and firing a machine gun. Baron is quickly killed, but Henry, Dani, and Junior are able to kill the mercenaries. However, the one in the body armor gets away. Henry and Dani go after him, and Junior leaves to confront Clay. Henry and Dani catch and kill the armored mercenary, and discover he is also a clone of Henry. Junior fights Clay and knocks him out, then joins Henry and Dani and also sees the other Henry clone. Clay later comes to and catches up to them. He tells Henry that the clones were developed to spare the lives of future soldiers, and since Henry was the best assassin they had, using him as the base for the clones was the best choice. A disgusted Junior wants to kill Clay, but Henry stops him, saying that he shouldn’t bear the burden of killing anymore. But since Henry has already dealt with that burden, he kills Clay himself.

The movie ends six months later at a college campus. Junior is a student there, and now goes by the name of Jackson Brogan (named after Henry’s mother’s maiden name). He is assured by Henry and Dani, who is still working at the DIA, that GEMINI is permanently shut down and all of the other clones have been found. The three of them then walk off together, talking about Jackson’s future. 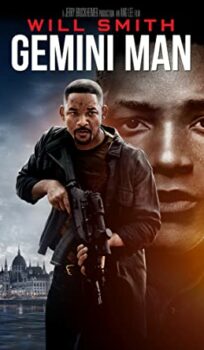