Heather (Zoe Kravitz) is NOT DEAD.

Jill (Lola Kirke), Heather’s assistant and friend realizes the girl she found was an obsessed fan they crossed paths with hours before. Jill travels to the cabin of Heather’s girlfriend Tiffany, and finds Heather alive. Jill is understandably livid that Heather pretended to dead, and wonders why she just didn’t call the cops if it was a self-defense shooting. Heather tells Jill that she panicked and given the crushing obligations of her life, wanted to disappear for awhile. Jill goes to leave Heather with her mess, but Heather tells Jill that she is her only true friend, and she’ll do whatever it takes to make it right.

To make it right, Heather allows Jill to punch her in the face. As an added bonus it will add to their narrative of a self defense shooting. They proceed to return home and clear Jill’s name. Later, Heather is going to be interviewed when Det. Edward Ahn (John Cho) shows up and asks to stay to watch the interview. The three share knowing glances that he is still suspicious but they allow him to stay.

Heather is interviewed about her ordeal while Jill and Ahn trade glances. As we are never truly shown what happened that night, we are only left with Heather’s side of the story. 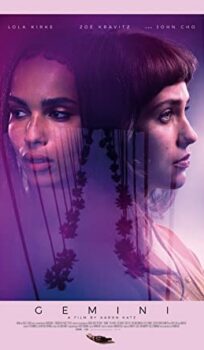