The sequel to Ghost in the Shell.

Batou is trying to find out why Sexoids are going berserk and killing themselves.

Batou follows the clues to a ship at sea owned by a corrupt corporation. Batou finds himself in a bad fight with robots until the Major shows up by downloading herself into a robot to help him out.

They learn that the “ghosts” of the Sexoids were being copied from kidnapped children.

The children are rescued and the Major goes back into cyberspace. 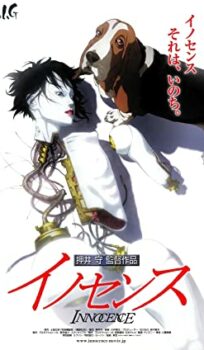