A woman (Scarlett Johansson) is involved in an accident and has her brain implanted into a cyborg body to be part of an anti-terrorism force. She becomes The Major and is a highly effective fighter.

A hacker threatens members of Hanka Robotics, the company that built The Major, as well as her team Section 9. The hacker, Kuze (Michael Pitt), is a former test subject of Hanka’s that produced failed results. He lets The Major know that Hanka stole her memories and are using her for their own personal gain.

Hanka’s CEO Cutter tries to eliminate The Major, but her designer, Dr. Ouelet (Juliette Binoche), gives The Major an address to her old home before she is killed by Cutter. The Major reunites with her mother, but she doesn’t recognize her daughter at first.

Cutter sends his men to kill off Section 9 members, but The Major and his team defeat them while Kuze is killed. Section 9’s Chief Aramaki (Takeshi Kitano) kills Cutter after learning he killed Ouelet.

The Major has the answers she needs and she continues to work with Section 9. 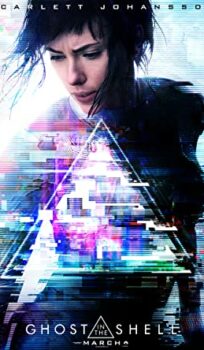