Daisy (Brittany Murphy) commits suicide after Lisa (Angelina Jolie) makes her see abruptly her reality: Daisy’s father had made the institution release Daisy, so he could settle her in an apartment, visit her periodically, AND USE HER SEXUALLY.

Lisa escapes -although is eventually brought back to the institution-, and Susannah (Winona Ryder) is recovered by Melvin (Jeffrey Tambor), the institution’s threrapist, and returned to Claymoore.  By then, Susannah has decided to open herself up, so she does; part of the therapy is to write her experiences in a diary, which she keeps on her bed.

At her last night, she wakes up in the middle of the night, sees the diary is missing, and sneaks out, finding Lisa, Georgina (Clea Du Vall) and Polly (Elisabeth Moss) reading it.  A confrontation takes place, in which Susannah finally stands up against Lisa, and does her the same thing Lisa had done to Daisy.  Lisa breaks down, crying.

However, the next day, before leaving, Susannah goes to see Lisa, who is tied up to a bed, and they make up.  The girls, and Nurse Valerie (Whoopi Goldberg) bid Susannah farewell.  She is taken home by the same driver who had driven her to Claymoore one year earlier. 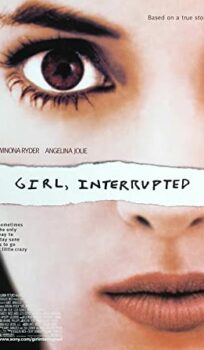