Kevin (James McAvoy) kills Elijah (Samuel L. Jackson) after discovering that Elijah derailed Eastrail Train 177, which his father was on.

Dr. Ellie Staple (Sarah Paulson) orders a SWAT team to kill Kevin and David (Bruce Willis) because she is part of a secret society called the Clover that has been quietly killing superhuman people over the decades. She erases all evidence of their stay at the hospital, however, before his death, Elijah sends security camera footage of Kevin and David’s battle to Joseph (Spencer Treat Clark), Casey (Anya Taylor-Joy) and Elijah’s mother (Charlayne Woodard), who publish the footage online so that the world of superheroes will be known to the world. 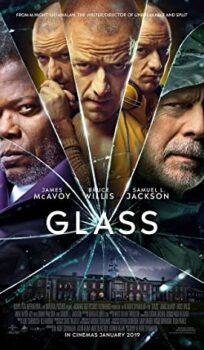