1965 – Don Haskins, a girls high school basketball coach takes over the reigns of the Texas Western men’s basketball team (Now UTEP). He recruits 7 black players, unheard of in the south, and leads them through the tough racism both at home and on the road to ultimately make it to the NCAA finals against Kentucky. Tired of hearing about how black players can’t compete at this level, he shocks everyone and announces that he’ll only play the black players in the final game.

He beats Adolph Rupp’s Kentucky Wildcats and they become the NCAA champs. 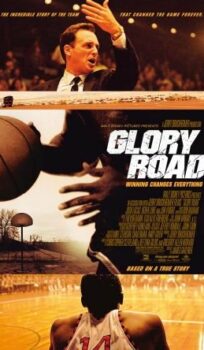