The final film in the first reboot phase.

After an attack on Hong Kong, it’s determined by Kenichi Yamane (Yasufumi Hayashi)  that Godzilla is dying.

The monster Destoroyah was the result of the Oxygen destroyer that happened at the end of original godzilla movie.

Godzilla and his son attempt to defeat Destoroyah who is evolving at ever alarming rate.

Godzilla manages to kill Destoroyah, but also manages him to kill himself as well.

All the while, the Japanese Self Defense Force attempts to cool down Godzilla. While they do succeed in saving the world the radiation fallout in Tokyo makes it uninhabitable.

Suddenly the radiation levels falls at its revealed the baby Godzilla has absorbed the radiation to turn himself into a full grown adult and King of the Monsters. 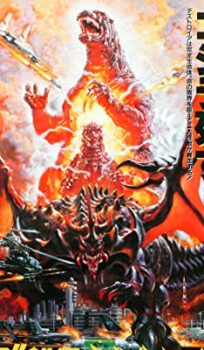