The film shows the past of the couple along with the present and days passing of Amy’s missing and gone.  Police Detective Rhonda Boney (Kim Dickens), finds clues that Amy leaves behind for Nick to find on their annual anniversary treasure hunt.

The clues lead them to Nick’s university office where he had an affair with a student, Andie Hardy (Emily Ratajkowski).  Next clue leads to Nick’s Dad Bill’s (Leonard Kelly-Young) house.  Nick finds the next clue but the Detective finds the journal Amy left slightly burnt in the basement wood stove.  Third clue leads to Nick’s twin sister Margo’s (Carrie Coon) woodshed where all the unknown credit card purchases were hidden along with a box of marionette dolls missing one hammer which was hidden in Nick and Amy’s fireplace to be found as the murder weapon.

Nick hires a hot-shot lawyer for innocent men, Tanner Bolt (Tyler Perry).  Tanner believes that Nick did not harm Amy. The detective is starting to question the evidence she has.

We find that Amy is alive and well.  She is intently watching Nick get framed for her murder via the media.  She staged the kidnapping with kitchen blood stains and overturned living room furniture.  She befriended the neighbour lady, Noelle Hawthorne (Casey Wilson) and stole her pee so her medical records could show that she tested positive for pregnancy.  She created the journal last minute to enhance Nick’s guilt and show herself as a beaten wife.  She’s keeping a calendar of events to ensure that Nick can get the death penalty which is still legal in Missouri.

Eventually Amy gets robbed by people she befriended when hiding out and planning her next move.  This leaves her with no money and nowhere to stay.  Luckily she connects with her obsessed wealthy ex-boyfriend, Desi Collings (Neil Patrick Harris).  Desi hides her in his secluded cabin with everything she could ever want except Nick’s death.  Eventually Amy sets the stage to make it look like Desi kidnapped her and is raping her.  She slices his throat with a box cutter in bed after they have sex.  She calmly goes back to Nick still covered in Desi’s blood.

Nick is cleared of any suspicion or charges.  Tanner lets Nick get back to his life.  Detective Rhonda can’t do anything further with the case as the department isn’t searching for a missing woman anymore.

Amy still wants to stay with Nick.  Nick wants nothing to do with Amy and is sleeping in the guest room.  Amy announces that she’s pregnant.  Film goes to black. 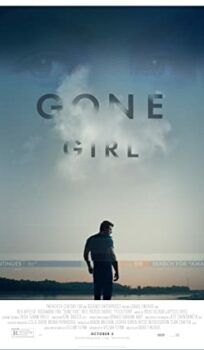