Brenda (Ali MacGraw) invites Neil (Richard Benjamin) for a tryst at a Manhattan hotel. When he arrives, she sadly tells him that her parents found her diaphragm. They now know that she’s been having sex with Neil, and have ordered her to break up with him.

Neil finds her story suspicious, and accuses Brenda of deliberately leaving her diaphragm where her mother would find it.

Tearfully, Brenda admits that he’s right. Neil is a blue-collar guy who went to Rutgers, while she’s a rich Radcliffe student. She doesn’t think he can ever fit into her world, so she let her parents find the diaphragm, knowing they’d FORCE her to break up with Neil. That way, she could pretend the split wasn’t her fault or her idea.

A disgusted Neil leaves her sobbing in the hotel room. Their relationship is over forever. 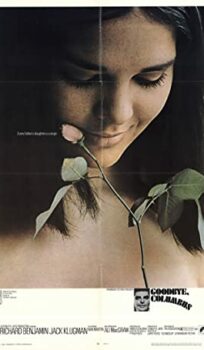