Virtually all of the band members are killed, mostly on Jimmy’s (Robert DeNiro’s) command -or by himself-.  Tommy’s (Joe Pesci’s) “making” ceremony, was actually a stage to have him killed, as retaliation for Billy Batts’ (Frank Vincent) -and many others’- brutal murders.  This upsets Jimmy considerably.

Life follows its course.  Eventually, Henry (Ray Liotta), who was heavily dealing with cocaine -and compulsively consuming it, as well- is tracked down and arrested by the DEA.  The night of the bust, his wife Karen (Lorraine Bracco), overcome by fear, flushes the last remaining package of dope down the toilet, so the agents wouldn’t find it.  After Henry is bailed out, he discovers the absence of the package, which he was planning to sell while setting his things straight, and when Karen tells him what she did, he has an emotional breakdown.  It turns out that, due to this act, they have been left BROKE!!  The tables turn on Henry; Paulie (Paul Sorvino) stops protecting him, enraged on being lied by Henry, and Jimmy tries to have both him and Karen killed.

Henry realizes that the only way to save himself and his family is to rat the surviving guys out, and so he does.  He enrolls the Witness Protection Program, and both Jimmy and Paulie are arrested and indicted.

In the end, we learn that Henry and Karen divorced in 1989; Henry got off drug use since 1987; Paulie died in prison in 1988; and Jimmy was being considered for parole for 2004 (although this already stands as an anachronism, since it was published that Jimmy died of lung cancer in 1996, 6 years after the release of the film). 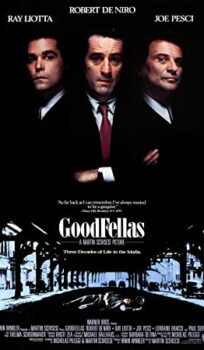