Derrick (James Marsden), Jones (Lena Headey) and Travis (Norman Reedus) are college roommates who decide to carry out an experiment showing how gossip travels after seeing Naomi Preston (Kate Hudson) making out with her boyfriend Beau Edson (Joshua Jackson) and then pass out drunk. Naomi has a reputation for abstaining from sex so they spread a rumor that Beau and Naomi actually did go all the way.

Naomi hears the rumor and starts to think Beau raped her while she was unconscious. She later commits suicide, although the police later suspect murder. In fact, Derrick did go to Naomi’s house on the night she died and took a photograph of her he found with him. Derrick gives the photo to Travis and asks him to say he saw Naomi alive after Derrick left the house. However, Travis plants the photo in Derrick’s drawer and the cops find it. They tell Derrick they know he killed Naomi and will be waiting outside to arrest him.

Being a very wealthy person, Derrick arranges for a helicopter escape and goes up to the roof of the apartment block. But Travis is waiting there for him and forces him back down into their apartment. Jones walks in on them and a struggle ensues, during which Jones is accidentally shot and killed. Travis says he is going to tell the police that Derrick murdered Jones. Derrick breaks down and says “I am a rapist, not a murderer” and then Jones comes back to life. Naomi also appears, alive and well.

It turns out in the end that Derrick and Naomi were from the same hometown and that Derrick had raped Naomi several years before. However there was no criminal prosecution. Naomi, Jones and Travis devised the “rumor” and faked Naomi’s and Jones’ deaths to force a confession out of Derrick so he would be punished for his crime. 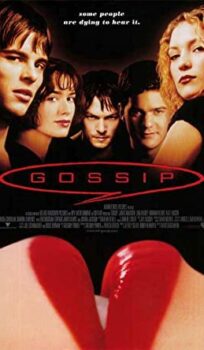