Clark (John Ritter) was raised by his mother, and has barely any memory of his father. When the mother dies, Clark tracks down his father, Jack (Andy Griffith) and invites him to the funeral. Jack is friendly and charming. Jack is invited to a reception at the house, and then to spend the night, which turns into a weeklong stay. While Jack acts kind, we see flashbacks of how Clark’s mother had to flee his violent abuse. Jack becomes obsessed with Clark’s young son, Matthew.

Jack hears Clark’s wife, Betsy, saying it is time for Jack to leave. Jack goes in the middle of the night to the home of their housekeeper, and beats her with a baseball bat. With the housekeeper in the hospital with multiple fractures, Betsy is grateful that Jack offers to stay and take care of Matthew while both parents are at work. Jack secretly leads Matthew to lie to his parents and break rules. Betsy continues to look for a new caregiver, and Jack knows she wants him out. Jack hires a hooker, Annette, who looks a lot like Betsy. Jack has Annette wear Betsy’s clothes and use Betsy’s credit cards at several shady hotels, to make it look like Betsy is having an affair. Betsy and Clark fight, and Betsy moves back to her father’s house.

Betsy’s father takes Jack hunting. Her father has done his own investigation, and has learned about Jack’s scheme, including speaking with Annette. He tells Jack that unless Jack leaves immediately, he will reveal everything to Clark and Betsy. Jack shoots and kills Betsy’s father. Some boys playing in the woods witness the shooting. Jack takes off after them with his gun. The boys reach their home, and when Jack shows up, Jack is met by their armed father. Jack tries to shoot the father, so he shoots Jack. Jack is in the hospital, under police guard for the murder of Betsy’s father. When the officer turns his back, Jack beats him over the head with a fire extinguisher. Jack escapes the hospital in the police officer’s uniform. Jack goes to the house and takes Matthew.

Clark remembers that Jack is obsessed with a picture of Clark and Jack fishing together, from when Jack was little. He suspects that Jack is there and goes there (alone, without telling the police). Clark finds Jack camping there with Matthew. Jack tries to shoot Clark, and the gun is lost as they fight over it. Jack escapes in a boat with Matthew, and Clark follows in his boat. Jack’s boat overturns. Clark rescues Matthew. Jack is hanging to a branch in the water. Clark tries to rescue Jack, but realizes that Jack is trying to pull him in and drown him. Clark has to let go, and Jack goes over a waterfall to his death. 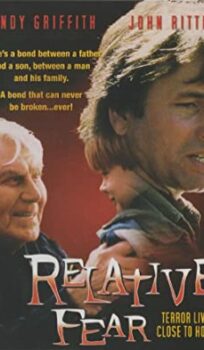