A formerly retired pianist doing his first concert in five years, Tom Selznick (Elijah Wood) finds himself over his head when a sniper, Clem (John Cusack) holds him and his wife, Emma (Kerry Bishé ) at gunpoint and threatens them both with death if Tom plays one note wrong. Attempts to warn someone leads to the deaths of Ashley (Tasmin Ergeton) and Wayne (Allen Leech) by The Assistant (Alex Winter), an associate of Clem.

It turns out Clem is after a key hidden in the piano, a key that Tom’s mentor had hidden inside to stash away a secret fortune. Clem needs Tom to play a particular “unplayable” piece of his mentor’s in order to unlock the key. Tom plays the piece, but messes up the last notes on purpose. As Clem threatens him and Emma with death, Tom manipulates the situation so killing them would could cause too much attention.

The Assistant noticing things have gotten out of hand, tries to bail on the operation only to be shot dead by Clem. Clem goes after Emma but Tom intercepts him and they engage in a fight over the rafters, culminating with Tom dragging Clem over the railway, landing him on the piano and killing him.

Afterwards, as the traumatized Emma begs to go home, Tom sees the now destroyed piano being loaded into a van. He plays the unplayable piece again, this time hitting the right notes. Seeing nothing has happened, he turns to leave, when he hears a latch open and a key hitting the floor. It turns out Clem was telling the truth. The film ends with Tom crouching to pick it up. 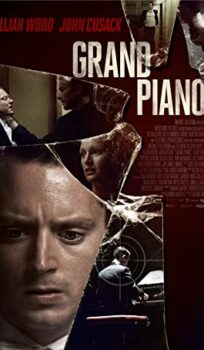