Towards the end of the film, we find out that Pete Dunham’s (Charlie Hunnam) older brother Steve (Marc Warren) used to be the “Major” in the Green Street Elite. Back when Steve was the head of the firm, a rival firm leader’s son was killed in a fight thus leading to the hatred between the two firms. Bovver (Leo Gregory) becomes angered when he wrongfully assumes that Matt (Elijah Wood) is a journalist and goes to the rival firm leader Tommy Hatcher (Geoff Bell) to rat him out and that also the “Major” was with him too. The gang finds the GSE in their home pub and begins to burn it to the ground but not before Tommy stabs Steve in the throat to get revenge for his lost son.

They get Steve to a hospital where Pete tells everyone that he is hanging on and that things between the two firms need to be settled once and for all. Also, Pete tells Bovver that he is out of the firm and useless to him. The two firms stand off at a pier where during the fight Pete and Tommy are both hurt bad and just as Tommy is about to do Pete in, Bovver comes out of no where and attacks Tommy. Later into the fight, Matt’s sister pulls up with her infant son and is attacked by Tommy’s right hand man. Pete tells Bovver to make up for what he has done by getting his brother’s family out of there. But as he is doing so, Tommy begins to head over to attack so Pete begins to taunt him about his son. This makes Tommy furious and he pummels Pete to death. Both firms stop fighting as they realize how far things had gone.

At the end of the film we see Steve Dunham in the hospital upset as he recieves the news about his brother and we see Matt and his sister on a plane headed back to the United States. The final scene shows Jeremy Von Holden (Terence Jay), the guy who got Matt kicked out of Harvard in the first place, doing cocain in a bathroom where Matt confronts him wondering why he hasnt helped him for taking the fall for him back at school and why he is doing drugs. Matt is taping the conversation so that he can use it to get back into Harvard. Von Holden trys to get the tape but Matt quickly puts him to the floor. As the movie ends we see Matt walking down the street singing the Green Street Elites drining/fight song. 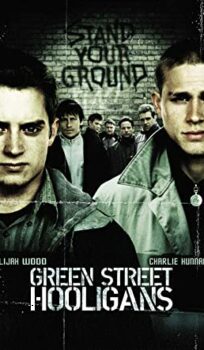