A New York City waitress named Frances McCullen (Chloë Grace Moretz) finds a handbag on the subway belonging to a French woman named Greta Hideg (Isabelle Huppert). The two become friends for a brief moment, as they see each other as surrogates for their lost ones (Frances’s mother and Greta’s daughter), but Frances cuts ties with Greta after seeing that she keeps other identical handbags and plants them for unsuspecting young women to find. Greta starts to stalk Frances, culminating in her making a terrifying scene at the restaurant where she works before she is arrested.

Frances tries to make peace with Greta and tells her she is going away. Greta breaks into Frances’s apartment, drugs her, and then kidnaps her, bringing her to her home and keeping her hostage. Frances’s friend Erica (Maika Monroe) and her father Chris quickly realize Frances has been abducted. Chris has a detective go find his daughter. The detective finds Greta’s home, but she kills him before he finds Frances.

Erica manages to turn the tables on Greta as she comes across another handbag that Greta left behind. She drugs Greta and finds Frances. Greta attempts to attack, but she passes out. The ladies lock her in her own toy chest, but the ending indicates that it won’t hold Greta for long before the police can show up. 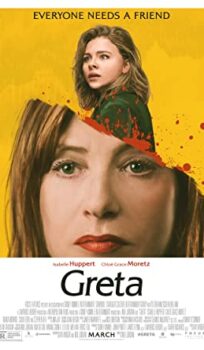