During World War II, a convoy of troop and supply ships bound for Liverpool, led by USS Keeling (“Greyhound”), sails across the Atlantic into a region known as the Black Pit, where they are out of range from air cover. A pack of German U-boats attack the convoy, forcing them to fight back. The Germans sink thousands of ships and kill countless men.

Greyhound and the companion vessels succeed in sinking several subs but have taken on severe damage. After Greyhound’s Commander Ernest Krause (Tom Hanks) breaks radio silence and calls for help from the Admiralty, they sink one sub before finally reaching air cover and having one of the RAF planes sink the remaining sub.

The crew is relieved of duty as they enter Liverpool so that their ships may be repaired, and they are welcomed as heroes. 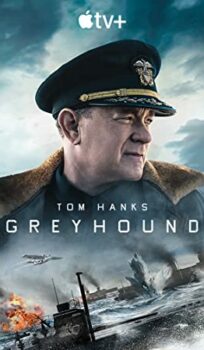