Ranger Mike Kelly (Christopher George) and Pilot Dan Stober (Andrew Pine) chased the bear via helicopter after discovering the remains of their tracker Scott (Richard Jaekel). They find an opening in forest and but upon landing, the bear smacks the chopper sending the pilot tumbling out. The pilot grabs his rifle and begins shooting the bear which has no effect. He foolishly waits for the bear to get closer and begins hitting it with the rifle, the bear grabs him, crushing him to death. While the bear has his back turned to Ranger Kelley, he grabs a “small version” bazooka, shoots and the bear explodes into a fireball. 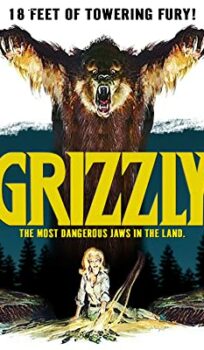