Quinn Dawson (Steven Yaffee) is a sheltered young man who falls for the new girl next door, Crystal Conners (Rachel Blanchard).  He is home schooled with his sister, Hope (Katie Boland) but breaks out of this to go to the local high school for the final year to be closer to Crystal.

Quinn quickly becomes popular because of his access and knowledge of marijuana, which his parents, Bryce (Wallace Langham) and Diana (Rosanna Arquette) grow in large quantity in their home in secret.

Quinn and Crystal go to the prom together where Quinn reveals his lifestyle to Crystal.  After their graduation ceremony the Dawson family (except Hope who escapes) get arrested in the school hallway.  Crystal and her family were spies for the police to arrest Quinn’s family.  Bryce and Diana go to jail.  Quinn testifies against his parents at his father’s request.

Bryce knew this day could come and had planned ahead.  During a jail exchange he showed a map drawn on his hand to Quinn.  Quinn finds under a tree, a metal box with money and special seeds to start the ‘family’ business again.

We see Quinn in college, rooming with the loner high school kid.  He reveals that his Mom should be out soon, along with his Dad.  Quinn opens their small closet to reveal a big budded plant against a glowing light.  The loner kid calculates that he should have a few hundred thousand dollars soon.  A car drives up to the outside of the college to reveal sister Hope knocking on big brother’s door. 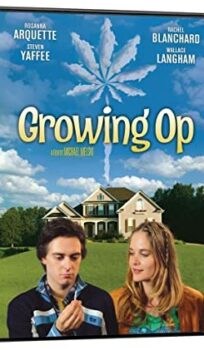