Renato Murguia (Luis Gerardo Mendez) is a successful aviation executive in Mexico. He has long harbored bitter resentment for his father Flavio (Juan Pablo Espinosa) after Flavio left for the United States when the Mexican economy collapsed.

Renato is contacted by Flavio’s second wife Katherine to let him know that Flavio is gravely ill and wishes to see Renato in Chicago. Although reluctant, Renato’s fiancé convinces him to make the trip.

In Chicago, Renato reunites with Flavio. He finds that Flavio had also fathered another son, a carefree American man named Asher (Connor Del Rio).  Renato and Asher are instantly put off by one another. At Flavio’s request, they take on a scavenger hunt to find “Eloise”.

Asher gets the pair into trouble along the way. Renato learns from multiple people the extreme struggles Flavio went through to get back home, including being beaten, robbed, and incarcerated.

The men also slowly start to bond, even as Renato tries multiple times to get away. Just before Renato is set to return home, they make one last stop. The two find a tape from Flavio explaining himself to his sons and apologizing to them for not being the father he should have been. They also find out that Eloise is a plane that Flavio built for them since his and Renato’s passion was always for planes. They use the plane to fly home to Mexico in time for Renato’s wedding. Renato finally accepts Asher as a brother. 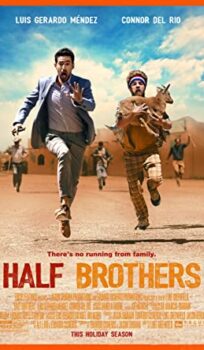