Submitted by MjB12 and Valentin

Michael Myers (George P. Wilbur) is in a coma and awakens when he hears he has a niece named Jamie (Danielle Harris). After Jamie and her sister Rachel (Ellie Cornelle) throw Michael from the top of the moving truck they’re in, the police load hundreds of bullets into his torso and he falls into a mine shaft, and as Dr. Loomis (Donald Pleasance) says, “He’s buried in hell where he belongs”. 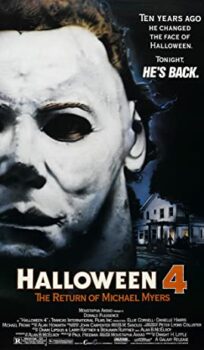