Michael Myers (Dick Warlock) is Laurie’s (Jamie Lee Curtis) brother. While Michael, Laurie, and Dr. Loomis (Donald Pleasance) are trapped in an operating room filled with gas, Loomis tells Laurie to get out quickly as he plans to blow up the room. Outside, Laurie is hiding behind a water fountain and sees Michael walking engulfed in flames down the corridor, but then he falls over burning. 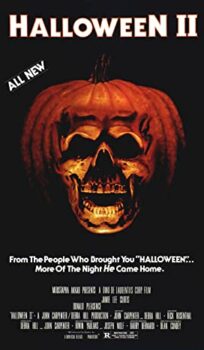