Abby (Kristen Stewart) and Harper (Mackenzie Davis) are dating and in love.

Abby plans on proposing to Harper while visiting Harper’s family on Christmas, but learns that Harper has never come out to her family or her conservative parents. Abby pretends to just be Harper’s roommate, which proves harder and harder as Harper ignores her.

Harper’s sister Sloan (Alison Brie) discovers the truth and outs Harper to the family, which Harper again denies right in front of Abby, who leaves in disgust.

Faced with losing Abby, Harper does tell her family the truth, but Abby say it’s still too late. Harper convinces Abby to give her another chance, and her family all comes around on being okay with it.

A year later, Abby and Harper are engaged. 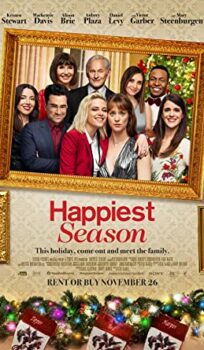