Jack (Henry Rollins) reveals to Cara (Kate Greenhouse) that he is actually the Bibical figure Cain, cursed with immortality and cannibalism as punishment for murdering his brother Abel.

Alex (Steven Ogg) kidnapped Jack’s daughter Andrea (Jordan Todosey) as revenge for Jack murdering his father years earlier. Jack bribes Cara into helping him rescue Andrea. He’s about to kill and eat Alex when the mysterious “Goatee Man”, whom only he (and Andrea) can see, appears. Jack confronts him about his punishment, telling him to let him die, but the Goatee Man doesn’t respond.

Jack leaves with Cara and Andrea after telling Alex that he’ll see the Goatee Man soon, which he does. 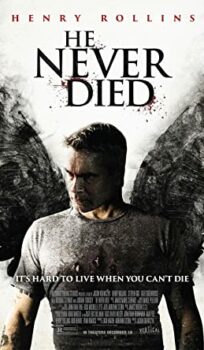