Tensy (Gene Hackman) proposes to Max (Sigourney Weaver) ahead of schedule, but when he attempts to consummate the marriage early in a hotel room, he suddenly dies due to his lifetime of smoking. Max calls Page (Jennifer Love Hewitt) – who was forced to end her con against Jack (Jason Lee) because she had fallen in love with him for real – and has her come to the room to help her figure out about what to do with Tensy.

In the midst of the predicament, Dean (Ray Liotta) shows up in the hotel lobby looking for Max (or Angela, as he knows her), and when he sees her, he proposes marriage to her again, saying that he wants her back. Max ends up tying down and blindfolding him to the bed in the room under the pretense of playing a sexual game, and then she and Page secretly get Tensy’s body out of the hotel and back to his mansion. A short time after they leave, a maid enters the room and demands Dean to tip her for three weeks worth of cleaning the room. Dean tells her to get $50 out of his wallet in his pants, but after she fishes it out, she finds Tensy’s wallet nearby on the floor, and asks if he owns them both. Confused, he has her untie him.

In the mansion’s master bedroom, Max and Page try to set up Tensy’s death scene, but Dean shows up outside, having obtained the address from Tensy’s wallet, and he breaks into the mansion with gun drawn. He finds Max with the corpse, and then Page enters, and he quickly realizes that Max and Page are mother and daughter and that they played him. He threatens to shoot them, but Max figures out that his gun isn’t loaded. He then decides to expose them, and shows Max that he found her fake I.D. cards from her previous cons, and tells her that he will give them to the police when they investigate Tensy’s death, and she and Page will end up in prison. As he attempts to leave, Max offers him a deal where, if he helps them stage Tensy’s death scene, she will give him his money back. He accepts.

After completing the task, Max reveals to Page that the I.R.S. agent Vogal (Anne Bancroft) did not take their savings. Vogal is actually her mentor Barbara, and she explains that she executed that ruse on her to keep her from leaving her side. However, when they all go to the bank so she can access her account and get the money to pay back Dean, she discovers that Barbara betrayed her and took her savings for real. Dean is ready to go to the cops at this point, but this time Page stops him from leaving, saying that she will resume her con against Jack since he is worth $1.5 million in the divorce.

Page reconciles with Jack, and ties the knot with him, the whole while experiencing major attacks of conscience. After the reception, Max tells Page that she will get to seducing Jack in a little bit, but Page insists that he loves her too much to stray on her. When Max gets Jack into her hotel room and tries to make her move, she discovers that he is indeed no cheater, so she proceeds to give him a drugged drink and places herself in bed with him to make it look like he is being unfaithful. At the same time this happens, Page’s guilt completely overwhelms her, so she stomps over to Max’s room to put a stop to whatever she is doing. However, she arrives to find her in bed with the semi-conscious Jack, and unaware that Jack was drugged, she believes that he did cheat on her. During the subsequent divorce proceedings at the local courthouse, Jack decides to give Page whatever she wants, and she gets the $1.5 million.

As Dean and Max are waiting outside, he tells her that he did love her and that cheating on her was a mistake, and he would’ve never done it again after experiencing what he lost. When he says that even guys like Jack screw up like that, Max reveals to him that she had drugged Jack, which appalls him. She defends her actions by saying that Jack would have eventually broken Page’s heart and that she was just protecting her from experiencing that pain, but Dean counters this by saying that love – as well as life – is pain, and you can’t protect anyone from it, but it can also be good, and she has no right to cheat Page out of a chance at a decent future just because of what might happen. Page then shows up with the money, but Dean refuses to take it and storms off.

As Max and Page are leaving town, Max decides to tell her daughter the truth, so she turns the car around and tells her about what really happened with Jack. Page is initially extremely angry with her, but Max tells her that she understands now that she can’t protect her from getting hurt, and in her efforts to do so, she ends up hurting her instead. She encourages Page to go back to Jack and live her own life in her own ways.

Max then goes to Dean’s hotel room, having decided to rekindle their relationship, and Dean takes her back since he still wants her despite what she did to him. She makes him promise to never cheat on her again, and he makes her agree to give up conning, though she says that he must help her with one last con. They then have sex.

Jack’s friend Bill (Zach Galifianakis) brings Jack back to his closed-down bar, saying that the bank told him that he still had some stuff to clear out, but when Jack goes inside, he finds that Bill and his other friends and co-workers have arranged a “welcome home” party for him. Page then appears from the assembly and kisses Jack, and then gives him the deed to the bar, having used the settlement money to buy it back for him. She then tells him her real name, and we are left to assume that everything will work out fine between them.

The movie ends with Dean romancing Barbara while Max watches from a distance, indicating that the last con she talked about was getting her money back from Barbara. 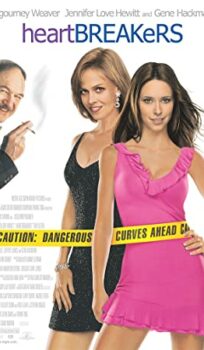