Philippa (Cate Blanchett), an English schoolteacher, sets a bomb at a office of a drug lord who is using his electronic company as a front for his real business. However, the bomb is moved, and when it detonates, it kills four innocent people instead. Under interrogation, Philippa explains her actions, and her numerous inquiries to the Italian police. However, unknown to her, the drug lord has corrupted a high ranking officer, who has destroyed all evidence that she had warned the police numerous times about the drug lord.

Filippo (Giovanni Risibi) a young officer and translator, becomes sympathetic to her situation and helps her escape, suspecting that there is a cover up occurring. With his help, they spring a trap on the drug lord and Philippa finally kills him. Now both fugitives, they escape into the Italian countryside and spend the night at the farm of a friend of Philippa. In their time together, they fall in love and ultimately consummate their relationship.

However, the police become aware of their location and arrive with a full SWAT team and helicopter the next morning. Philippa and Filippo quietly sneak up and jump into the helicopter, which Filippo pilots. The helicopter climbs high into the air, as the police fire at it to no avail. The helicopter continues to ascend until it is no longer visible and the film ends. 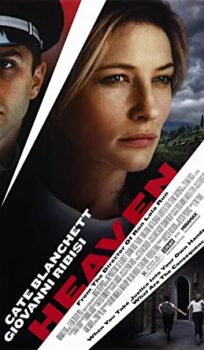