Short Version:
Tanner Howard (Ben Foster) sacrifices himself so his brother, Toby (Chris Pine), can get away with the money and save the family ranch for his sons. Ranger Marcus Hamilton (Jeff Bridges) takes Tanner down as revenge for Tanner killing his partner during the ensuing standoff. Marcus retires, but continues to investigate Toby because he can’t let the case go.

Long Version:
Toby Howard (Chris Pine) is a do-gooder who can’t catch a break. He just finished taking care of his dying mother and found oil on the family ranch. He wants to cultivate it and give the ranch to his sons so they can have a better life, but it turns out a bank took advantage of his mother and is about to foreclose on the property unless he can come up with the money. He turns to his ne’er-do-well brother Tanner (Ben Foster), recently released from prison, for help. They decide to rob a couple of banks to get the money they need and use local casinos and a trust to hide where the money came from so they can pay off the bank with its own money.

Texas Ranger Marcus Hamilton (Jeff Bridges) is put on the case with his partner Alberto (Gil Birmingham). Marcus is days away from retirement so this will be his last case.

After their final heist goes very badly, Tanner decides to lead police on a chase so Toby can get away on his own. Tanner reasons that he can sacrifice himself to save Toby, the good brother, and the future of Toby’s sons. The brothers say goodbye.

Tanner leads police to a standoff on a mountain ridge, where he gains high ground and shoots at them like a sniper. Alberto is killed, devastating Marcus. Marcus finds a man who knows the mountain well and says he can guide him to a ridge where he can take the shooter down. From there, Marcus kills Tanner.

A while later, a now retired Marcus checks in on the case. He wants to know why police aren’t investigating Toby. He is told there is no way to connect Toby to the heists. Witnesses were unable to positively identify either brother. Things look fishy with the way Toby managed to pay off the bank, but without the bank’s cooperation they can’t investigate. And it just so happens that Toby is using the same bank to finance his new oil wells. Why would they help investigate a high-value client? So police can’t touch Toby.

Marcus, upset over the death of his partner, can’t let it go. He goes out to Toby’s ranch and confronts him. He asks why, after a life as a law-abiding citizen, he would suddenly go rogue. Toby doesn’t necessarily admit guilt, but does tell Marcus that he had always wanted better things for his sons. He wanted to break the cycle of abuse, poverty, and neglect. Marcus puts it all together and they understand each other. Toby points out that Marcus is technically trespassing on his property, so if he wants to try his luck at justice all he has to do is reach for his gun and they can see who gets to theirs first. But then Toby’s ex wife and sons drive up–it turns out Toby doesn’t even live there anymore, he just maintains and fixes up the place. It belongs to his sons now.

Marcus leaves, but before he does he tells Toby that he just might look him up sometime and take him up him up on that offer. 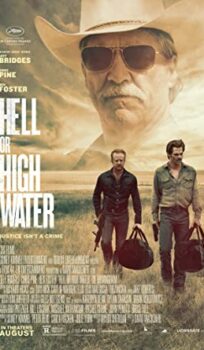