Short version:
Doris (Sally Field) does not get together with John (Max Greenberg), but there is a hint of a possibility at the end, when she quits her job.  She also, finally, declutters and cleans her house, thus indicating she is moving on in life.

Longer version:
The aftermath of Doris confessing to John that she was the one who put the spiteful posting on his Facebook page and him getting upset with her, while at the Thanksgiving party, serves as a wake-up call for her.  After making up with her friend Roz (Tyne Daly), she contacts her therapist Dr. Edwards (Elizabeth Reaser) and takes the step to getting rid of the mess in their house, thus indicating she is open to a fresh start.

She also quits her years-old job as a Data Entry Clerk; some of her co-workers come to her station to bid her farewell and ask her if they can keep some of her belongings as mementos they liked, to which she agrees.  She also gets to tell Ann (Rebecca Wisocky) off about “how a yoga ball is not a chair” while tossing it at her, much to Ann’s shock.

On her way out, Doris spots John in his office and goes to him to say goodbye and make amends with him over what happened before and how much she cared about him.  Then, she heads to the elevator to leave.  He runs towards her and expresses a seemingly genuine interest in trying to start a relationship with her; then, they kiss… but it happens to be Doris daydreaming once more.  She snaps out of it and is ready to enter the open elevator.  However, John actually looks up towards her, calls her and runs her way as the elevator’s door closes and the movie ends. 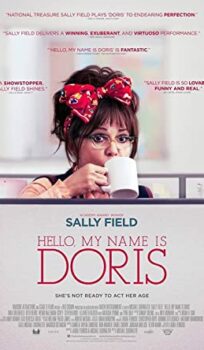