Pooper:
Thanks to Emma’s support,

Charlie (Billy Crystal) is able to come to terms with his dementia and repair his relationship with his family.

His kids, granddaughter, co-worker, and Emma help Charlie write his memoir in honor of his beloved deceased wife Carrie.

Long Ending:
Charlie Burnz (Billy Crystal) has had a storied career as a comedy writer. Although he is old, he still works for a popular TV sketch show. Charlie is suffering from dementia but has not told his family or co-workers. Although he is in the early stages of the disease, he suffers from flashbacks to a traumatic event in his past.

He goes to meet a person who won an auction to have lunch with him. There, he meets a woman named Emma Payge (Tiffany Haddish). Although Emma only won the lunch to spite her cheating ex-boyfriend who loves Charlie’s work, the two hit it off. Over time, the pair develop a deep friendship and affection. Charlie is impressed with Emma’s work as a singer, and Emma comes to appreciate Charlie’s career. She eventually deduces that Charlie has dementia and becomes his sole confidant. Emma also inspires Charlie to begin writing a memoir in honor of his deceased wife Carrie (Louisa Krause). We learn that Charlie and Carrie had a whirlwind romance shortly after they met. Meanwhile, at work, Charlie is able to mentor one of the young writers into having a successful career.

Charlie asks Emma to accompany him to his granddaughter Lindsay’s (Audrey Hsieh) Bat Mitzvah. Charlie has a strained relationship with his children Rex (Penn Badgley) and Francine (Laura Benanti). Francine is especially cold towards Charlie and disapproving of his close relationship with Emma. Soon thereafter, Charlie and Emma move in together. Although they agree that they won’t have a sexual relationship, they decide to be committed to each other. Emma continues helping Charlie write his memoir, and we learn that Carrie gave birth to their son in a museum. That’s why he is named Rex because Carrie gave birth in front of a skeleton of a Tyrannosaurus Rex.

Soon, Charlie’s health continues to deteriorate. He has a few bad episodes, culminating in him walking on stage during a live show and insulting an actor. Charlie’s reputation isn’t damaged as his acts are attributed to improvisation and also a big hit with the viewers. But he is essentially let go once his employers become aware of his disease. Later, the doctor tells Charlie that he has only about a year left before his memory is substantially gone. Emma decides to take care of Charlie, but he only agrees on the condition that she pursues her music career once his condition becomes too difficult to handle.

Emma forces Charlie to confront his past trauma. We learn that his family bought a lake house where they would relax and watch the sunsets together. But Charlie soon began neglecting them in favor of his work. One night, Carrie demands that he take time off to spend with the family. Charlie chooses his work and Carrie angrily leaves for the lake house without him. En route, a driver under the influence runs a stop sign and crashes into Carrie’s car, and kills her. Charlie’s grief and workaholic nature prevented him from being there for his children and Francine blames him for Carrie’s death.

Things come to a head when Lindsay drops by unexpectedly while Emma is out and Charlie decides to take her to the lake house. Emma, Rex, and Francine soon pursue them. Emma reveals Charlie’s dementia to his family. When they find him, Charlie begs forgiveness. The family embraces their father and finally welcomes Emma into their hearts as well. The film ends in the near future with Charlie, Emma, and Charlie’s family and former colleague he mentored at the lakehouse. The family and his former co-worker are helping Charlie finish his memoir. It’s clear that his memory is continuing to deteriorate, but he is happy to be enjoying his final days with his loved ones. They all go outside to watch the sunset. While there, Charlie sees Carrie’s spirit nearby enjoying the sunset along with them. 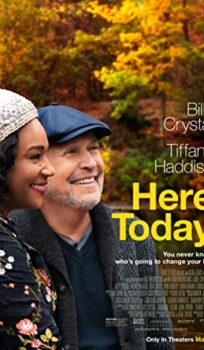