James “Rennie” Cray (James Caviezel), has spent two years tracking Fargo (Colm Feore), the man that murdered his wife and convinced the authorities it was an accident. Cray pursued him and rendered Fargo a cripple and was rewarded with three years in prison. Since the, Fargo has been toying with Cray, sending him the clippings of his murders. Fargo has plans for Molly Poole (Rhona Mitra), the only victim of his to get away alive.

Cray and Fargo’s game of wits comes to a head at the same motel where Fargo killed Cray’s wife. Fargo has given Molly the same dress Cray’s wife had on that day and plans to replicate the original murder to punish Cray. However, Cray, Molly, and Will Macklin (Frankie Faison), who had been helping Cray, manage to outwit Fargo, and Cray pins his body between two cars seemingly killing him. As paramedics and police arrive to the scene, Cray embraces Molly. Macklin checks on Fargo’s body only to find him still alive. Knowing of all the lives Fargo has ruined, and wanting to make sure he doesn’t ever get a another chance to do it again, Macklin kills him with a shotgun blast to the face. 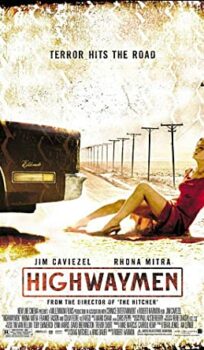