One night, a fire breaks out in the boys home that virtually destroys it, and the boys, Henry (Steve Guttenberg), Karen (Sophie Lorain), and Cookie (Michel Perron) lodge with the team’s sponsor, Larkin (Carl Alacchi), at his funeral parlor. Later, when Henry and Karen meet up with a Social Services representative at the wrecked house, they learn that the building inspector has red-tagged the place and it will thus be bulldozed by the end of the month. What’s worse, the boys won’t be getting another house to stay in, and Social Services will soon be transferring them to various homes around the state. Not wanting to see the kids get separated, Henry suggests to the rep that he and his co-workers raise money privately for a new home, and she is fine with it provided that they have it by month’s end. Henry tries to get Cookie to give him a loan, having an idea on how to raise the money fast and claims it isn’t by gambling, but Cookie refuses to accommodate him, not wanting to see him potentially violate his probation.

At a game Home Team is playing against the Raptors for a berth in the semi-finals of a championship series, the Raptors’ coach, Vince Jones (Frank Schorpion), identifies Henry and tells the boys some vague details about his past, evidently hoping that, once Henry gives them the whole story, they will lose heart and be easy to beat. At halftime, Henry discloses his past to them all: He played soccer professionally up until he was caught gambling on a game he wasn’t playing in, and the subsequent scandal resulted in him getting slapped with an indefinite suspension from the pros. Afterwards, things got worse for him when he went and got involved with the wrong people, and he was close to being jailed before he was given the community service gig with them. He tells Karen to take over as coach and walks off, embarrassed but believing that he has fulfilled his commitment to them. The boys get downhearted about what he just said, but Karen encourages them to give him a second chance. After thinking about the various good things he did for them and how he faced some tough times growing up that were similar to their own, they stop him and convince him to stay, saying that he is one of them.

The score is tied 1-1 going into the final minute, and Julian (Ryan Slater) is tripped up and injured by the Raptors, giving Home Team a penalty kick. With Julian out of commission, Henry selects Alex (Johnny Morina) to make the kick, but Julian asks for his brother Chip (Tyler Hynes) to do it instead (since he had earlier informed him of his desire to score one goal in a game). Henry permits it, and Chip scores the goal to give Home Team the victory.

Cookie then gets a call from his bookmaker and finds out that he has won almost $250,000 betting his life’s savings on the team, which will cover almost all of the cost of a new home, and he happily reports this to the team. Cookie then privately asks Henry if he gambled himself with the money he wound up lending to him, but Henry informs him that he used it to put on an exhibition soccer game and raised $10,000, and Cookie replies that that will cover the rest of the house’s cost. The team then continues celebrating. 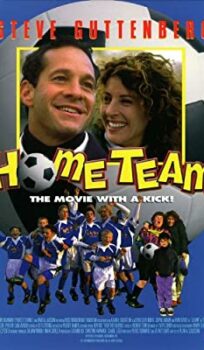