So enveloped in his primary case of a convenience store robbery of a elderly Jewish woman, Detective Bobby Gold (Joe Mantegna) is late to the five a.m. set up to arrest drug dealer Robert Randolph (Ving Rhames). By the time he has arrived, the bust has gone horribly wrong, devolving into a massive shootout that results in the death of Gold’s friend and partner Tim Sullivan (William H. Macy). Enraged, Gold goes after Randolph but loses his gun, and is ultimately shot twice by Randolph. As Randolph gloats, Gold reveals his escape was a set up and his mother turned him in. Randolph is shot dead by SWAT soon after.

So time after, Gold, having recovered from his wounds, returns to the precinct to learn that his case involving the Jewish woman’s murder has been solved. Despite the clues that lead Gold to believe that white nationalists had murdered the woman for promoting Zionist causes in her past, it turns out to have nothing to do with it. In actuality, two adolescent boys Gold had spoken to earlier had committed the murder; under the false urban legend that the woman had a fortune in the basement and shot her dead in an attempt to steal it. 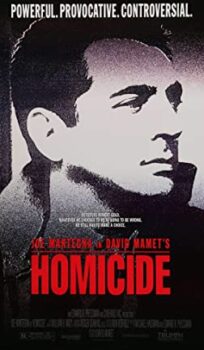