Tom Carter (Liam Neeson) is an infamous thief known as the “In and Out Bandit” (but he hates that name). When he decides to make an honest living, he meets and falls in love with a woman named Annie (Kate Walsh). Now that he wants a fresh start, Tom tries to turn himself in to the FBI. When Agents Nivens and Hall investigate and find that he is telling the truth about millions of dollars in stolen cash, Nivens convinces Hall to steal the money for themselves. They go to Tom’s apartment to kill him, but their superior, Agent Baker shows up, and Nivens kills him instead. Tom makes a run for it with Annie and must tell her the truth about his past.

Another agent, Meyers, believes Nivens when he lies about Tom killing Baker. When Annie tries to get security footage of Nivens and Hall arriving at the storage unit to take the money, Nivens attacks her and puts her in the hospital. Tom finds Meyers and convinces him that he is innocent and that Nivens is the real bad guy. After Tom ambushes Hall in his house, he admits that Nivens made him go along with it, and he gives Tom the security footage they took from Annie.

Tom lures Nivens out of his house after blowing it up and follows him to the safe house where they are keeping their money. A shootout happens where Hall is killed, and Nivens tries to get away again. Tom forces him to stop when he tells him that he rigged his car to blow up, but after the bomb squad finds it to be a dud, Meyers has Nivens arrested after finding evidence that he killed Baker and stole the money.

Meyers thanks Tom for his help and agrees to help him get a lighter sentence, while Annie accepts that Tom really is trying to do better. 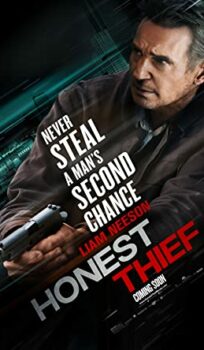