Widowed FBI agent Aidan Breslin (Dennis Quaid) is tracking a group who call themselves the Four Horsemen. Over time he discovers who they are and their true personal motives for their crimes.

Kristin (Ziyi Zyang) is War.  She killed her adopted mother (and unintentionally her unborn child) because her adopted father David Spitz (Peter Stormare) was sexually abusing her and the mother did nothing to stop it.

Corey (Patrick Fugit) is Famine.  He kidnaps his brother Taylor (Eric Balfour) and puts him in a hook-like contraption, then makes Taylor watch him kill himself with a surgical saw.  He does this because his brother and his family cannot accept he is gay.

Terrence was Pestilence. He tricks the other horsemen into killing an innocent schoolteacher over a grudge since the man was seeing his ex-wife.  The group find out and kill him.

The final horsemen and ringleader was Aidan’s son Alex (Lou Talyor Pucci), Death.  Aidan is directed to go to the abandoned theater where he met his wife where Alex knocks him out. When Aidan comes to, Alex has set up himself in hook contraption. His reasoning for killing himself is two-fold.  One – To teach his father the ultimate lesson about not paying attention to what mattered most; his family. Two – As a twisted call to arms against the apathetic parents and families of the world who allow their children to suffer and do nothing to stop it.

Aidan is shaken to his core by these revelations as his son slowly passes out from blood loss.  Aidan breaks free, releases Alex from the contraption and cradles his body.

The final shot is Aidan at home with his younger son. When the boy asks about Alex, Aidan tells him Alex is fine and that he loves him.

The movie is ambiguous to Alex’s final fate.
That leaves two equally plausible conclusions:
1) Alex is dead, and Aidan has learned to not let his last son slip away from him or…
2) Alex is not dead and will get the help he needs and Aidan will make sure his younger son does not share the same fate. 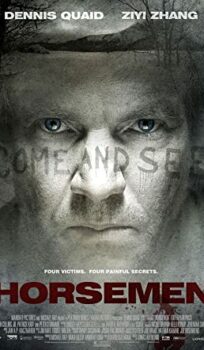