The intended first buyout of cocaine from supplier Shep (William Fitchner) fails, as the man openly screws Daniel (Timothée Chalamet) over, swindles him out of his money and lets him know double-crossing Dex (Emory Cohen) like that could, and would, cost him his life. Dejected, Daniel has no choice but to walk off, empty-handed.

While the looming threat of Hurricane Bob grows and nears, Dex, who has found out about Daniel going behind his back, sets out to kill him and comes, in his search, to Hunter (Alex Roe), who denies having seen him -it was previously shown how Hunter confronted Daniel about his relationship with McKayla (Maika Monroe) but, basically, decided to forgive him on condition of Daniel leaving and never returning-; as punishment, Dex shoots Hunter dead and leaves.

Meanwhile, McKayla, enraged about discovering the connection between Daniel and Hunter, debates between disowning her brother and forgive him; but, when she returns and sees him killed, she flees town. At the same time, Daniel, who was trying to rush to save McKayla and even finds himself involved in a car crash, enters her room, notices everything trashed out and realizes he would have to leave it all behind.

The epilogue shows the devastation left behind by the hurricane and that, as told in voiceover by the movie’s young narrator (Shane Epstein Petrullo), neither Daniel nor McKayla were ever seen or heard of again, gone separate ways, possibly somewhere West -the narrator is even seen looking at McKayla through his window, surprised, under the rain, speculating he might’ve been “the last one to see her alive” and lamenting on how her departure “killed all local boys’ dreams, no matter how little they were” 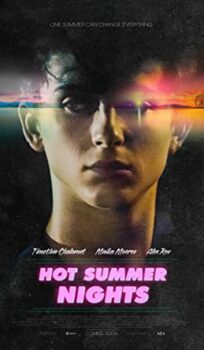