After Grover (Kyle Howard) has an emotionally hard day when he finds out his mom (Jamie Lee Curtis) filed divorce papers, he decides to let the parents out, feeling that they won’t change because their kids want them to, and that the whole idea was stupid from the start. Brooke (Jennifer Love Hewitt) tells him that it wasn’t stupid, and though they can’t fix everything, at least they tried, and at least their parents knew how they felt.

Chief Rocco (Ray Walston) brings the cops to the house shortly afterwards, and the kids surrender and the parents are freed. Outside, Grover’s mom and dad (Kevin Pollak) talk, and realize that what Grover did for them really did help, and they both profess their love for each other and kiss, much to Grover and Stacy’s (Amy Sakasitz) delight.

The kids were brought up on a few charges, but only spent a night in juvenile hall before Mr. Krupp (Christopher McDonald) got them out, having been threatened by Mrs. Krupp (Sheila McCarthy) that she would take everything from him if he didn’t.

The Krupps get divorced, but Mrs. Krupp went back to law school, and they now run their own law firm. The Finleys’ (Wallace Shawn & Caroline Aaron) marriage goes past the two-year mark, and Mrs. Finley becomes pregnant. Mrs. Figler (Jennifer Tilly) starts going out on her own dates. Matt (Mooky Arizona), T.J. (Russel Harper), Brooke, and especially Grover become heroes to their fellow students, and Grover and Brooke begin dating. Grover’s parents stay together, and they go on a second honeymoon in Hawaii with him and Stacy in tow. Even though he and Stacy promised to never lock them in the basement again, Grover says that if his parents ever fight again, there’s always the attic. 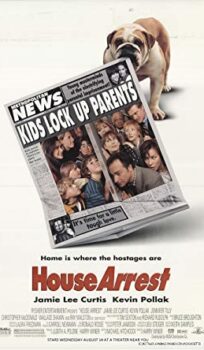