Set in France at an Orphanage in 1958. A child dies at the orphanage after falling off a sink and hitting his head on a tile counter top (he was looking for a ghost in the mirror); resulting in it being closed down, save for a single orphan.

It is implied that there was some tragedy at the Orphanage several years early during the war. The film leaves unresolved what actually happened in the past. Again it hints that during World War 2 that the Orphanage was bombarded with over 300 Orphans and in a flash back you see one of the Orphanage Employees ask another “How many of these children do you think we will be able to save?”

Anna (Virginie Ledoyen), is sent to the Orphanage to assist with the cleaning of the place, seemingly to reopen it? The only other people left at the Orphanage is an Elderly woman who had been the cook and a single Orphan who looks to be about 16-18 and is mentally ill having a mind like a 5 year old. It is said that she was the only one of the 300 children that survived. We learn that Anna was sexually abused and beaten at her former employer and is now pregnant and trying to hid it. Anna almost immediately starts seeing things and hearing ghosts and starts digging and nosing around for answers.

Helenka (Dorina Lazar) the cook and only other staff member on the grounds full time. Helenka does not appear to hear or see anything out of the ordinary and discourages Anna in her prying as does Franchard (Catriona MacColl) the director of the orphanage.

As Anna associates more with Judith she hears and sees more unusual things. Anna starts to lose her mind.

This shows starkly when Anna descends from the dilapidated orphanage into a brightly lit, well appointed and immaculate hospital ward in her pursuit of the scary children. This setting is so out of place in a building that has closed wings because of the inability to maintain them that it clearly signals the true nature of the scary children: they are a product of the minds of those who see and hear them.

Its obvious Anna doesn’t want her baby, punching herself in the stomach and then checking to see if it still has a heartbeat Upon discovering everyone at Saint Ange knows she is pregnant, and knew before she arrived, she withdraws from everyone.

The final scene shows the cook and the last orphan leaving the Orphanage for good, and Anna is sitting in one of the nursery bedrooms, naked, cradling a live baby and surrounded by all of the dead children implying she was staying there forever to care for her baby and the lost children. 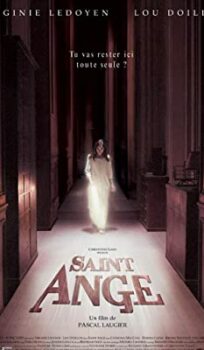