Lisa Jorgenson (Reese Witherspoon) is a USA softball player who is cut from the team as she is considered to old.

Lisa ends up dating both George and a major-league baseball pitcher Matty Reynolds (Owen Wilson). Dating George doesn’t go well as his own life is falling apart which doesn’t complement Lisa’s own career woes, but Lisa enjoys Matty’s company as he is self-centered and lacking any empathy, which suits her right now.

Despite initially not getting along with each other, after various coincidental meetings between Lisa and George, they form a friendship.

Meanwhile, George discovers that the reason he is being investigated is because his father (Jack Nicholson) illegally bribed an Egyptian for his business. He has a previous record of this and if he is found out again would go to prison for the rest of his life, where as if George takes the blame he would likely be in for only 3 years or less.

George wrestles with the idea of pleading guilty, but is torn. He realises the only justifiable reason for not pleading guilty to protect his father would be if he had a child or was in love. He decides to try and get Lisa to give him a shot at her birthday party that Matty is throwing her.

At the party, Matty gives Lisa a diamond watch as an engagement. Lisa reluctantly accepts. George arrives and gives her his own gift, a pot of play-doh, and tells her the story of the man who made play-doh. Intially used for removing soot from walls, the inventor’s wife realised kids liked playing with it. After this change of purpose the product took off and became very successful. George tells Lisa that it only takes a small adjustment and everything will fit into place.

Lisa decides to return the watch and go and meet George. They talk and realise they are in love.

George’s father looks on and realises he will be going to Prison. 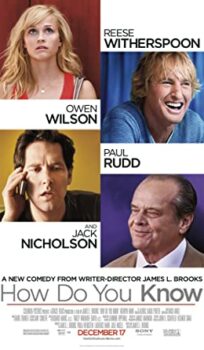