Zeb Rawlings (George Peppard), son of Eve and Linus, joins the army and later becomes a sheriff. When Lilith falls on hard times after Cleve’s death, she invites her nephew to run her ranch.

Zeb has married Julie (Carolyn Jones) and they have three children; Prescott, Linus and little Eve. There is a final shootout on a runaway train with ex-con Charlie Gant  (Eli Wallach) and his gang of thugs before Zeb and his family leave with Lilith and a new life. 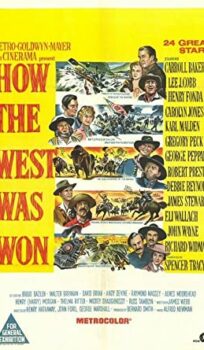