While Dray (Bill Bellamy) is attending a party at Maxwell’s house, he discovers that some of the women that he has been two-timing are there, thanks to his sister Jenny (Natalie Desselle Reid) and her friend Katrina (Mari Morrow) finding his mobile black book and then telephoning whomever they could and inviting them to the party. Jenny did this to Dray both for her psychology report (where she hypothesized that, if a player is put in a hostile environment, he will repent and reform) and because she wants him to stop being a player, since she was the victim of a player’s charms once and is still upset about it.

However, after Dray becomes aware of the ladies’ presences and finds out that Jenny is responsible for them being here, he pulls off a few tricks and deceptions that either diverts the ladies’ attention onto other male partygoers or just makes them leave the party, and not one of them catches on to Dray’s true character. Dray then finds Jenny and Katrina and tells them that, when a player is put in a hostile environment, there will be some who will reform, but there are others – such as himself – that will adapt by rising to the occasion and proving their game. He then goes back to his apartment to wait for his girlfriend Lisa (Lark Voorhies) to return. The dejected Jenny tells Katrina that she realizes now that this whole experiment never was about her brother; she was just so angry about having been played that she decided to take that anger out on him. However, her mood quickly brightens when Boyz II Men member Michael McCary (himself) approaches her and tells her that he has been watching her all evening before then taking her out for coffee.

While Dray is still waiting for Lisa, Katrina comes knocking at his door. She gives him the list containing the numbers of his flings that she and Jenny wrote down and promises him that this will never happen again, and she kisses him on the lips when she starts to head out. However, when another kiss follows that moments later, Dray deduces that she truly wants to get intimate with him, and they soon do so in his upstairs bedroom (she had apparently developed an interest in him after being impressed with his slick attitude and craftiness). Just as they finish up, Lisa enters the apartment, and Dray forces Katrina to hide when Lisa comes up to the bedroom. He then distracts Lisa so Katrina can tiptoe downstairs and get out undetected, and Lisa soon heads downstairs herself to change into something more comfortable.

Dray breaks the fourth wall and muses on how, one day, he will quit being a player and settle down with Lisa and have a family with her, but today isn’t that day. Just then, Lisa walks into the kitchen and finds Katrina’s panties, dress, and high heels stuck on the refrigerator, along with a message written on it in lipstick that says “Busted! Adapt”, all of which Katrina had put up before she left in order to expose Dray. Lisa thus realizes that Dray has been cheating on her, and after she angrily yells out his name, Dray realizes that he has been caught. 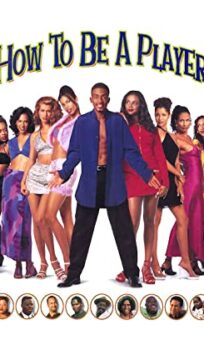