John is a human-looking alien from the planet Lorien and is on Earth with eight others from his planet who are all gifted in some way, being children of the “Garde”. Each has gifts and powers, or Legacies unique to the numbered 9 (John is Number 4).

An enemy race, also human-looking, the Mogadorians, is hunting down these last 9 existing Loriens, going in order as their charms protect them from being killed out of order. They have already killed Number 1, 2, and 3, and John is next.

John and his protector, Henry, have to move from city to city to avoid being tracked, but are eventually found by the Mogadorians. John starts to develop his powers and learns to control them, and befriends a human boy in a new town, Sam, whose father was an alien enthusiast and trying to help the Loriens. John also falls in love with a girl, Sara, and as Loriens only love once, grows very attached to her. He also discovers a pet chimera sent to him from Lorien to look after him, which later morphs into a giant dog beast to help defeat the Mogadorians.

They move on and search for the other four Loriens, using a tracking device in the form of a glowing blue meteorite. They bring Sam with them to continue their journey, but leave Sara behind. 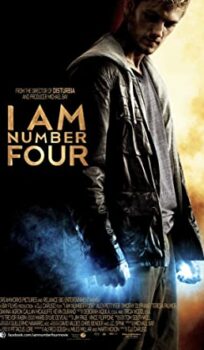