Vivian Hill (Rebecca De Mornay) was murdered because she wouldn’t sign off on the fabricated environmental report about an oil pipeline Governor John Meserve (Patrick St. Esprit) wanted to build. With the help of his friend Dennis (Christopher Meloni), Stanley Hill (John Travolta) kills everyone involved in his wife’s death including Governor Meserve. When surrounded by police, Stanley attempts suicide by cop but is saved by his body armor.

At the hospital, his daughter learns that due to his special forces background, her father will be sent to a military court where he will have no trail, no lawyer, and no way to defend himself, essentially allowing the government to lock him up indefinitely. As he rests, Stanley is confronted by a corrupt cop that escaped, but Stanley kills him with a gun his daughter gave him earlier. Dennis arrives and gets Stanley out of the hospital.

The film ends with Stanley’s daughter getting a post card from him addressed from Brazil (where there is no extradition to the US) letting her know he’s okay and that he hopes he can see her again one day. 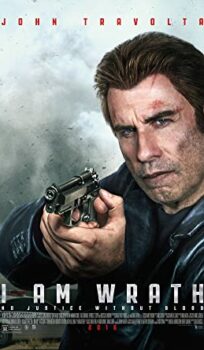