Madea (Tyler Perry) catches Jennifer (Hope Olaide Wilson) and her two brothers Manny (Kwesi Boakye) and Byron (Frederick Siglar) breaking into her house. Madea then delievers them their aunt April (Taraji P. Henson) considering their mother is dead and their grandmother is m.i.a

Sandino (Adam Rodriguez) arrives at the house after fixing a few things at the local church. He gets a place to stay much to the chargin of Randy

After staring practically into the abyss April comes to realize she doesn’t have a future with Randy. She discovers this after Randy assaults Jennifer. Randy then get almost electricuted by April.

In the end April and Sandino get married. April’s friend Tanya (Mary J. Blige) sings till the credits roll 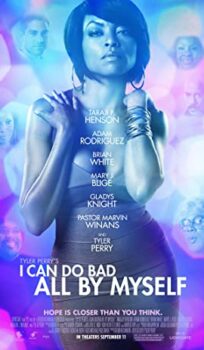