All of the girls manage to get a ticket to The Ed Sullivan Show featuring The Beatles on February 9, 1964, except for Grace (Theresa Saldana). She uses the money that she was going to use to bribe a security guard into letting her into the CBS studio, to instead bribe a cop from arresting her boyfriend Larry (Marc McClure) for wrecklessly driving without a license in the limo that he stole from his father while getting Grace to the studio.

Grace misses the show.  However, once the show ends, The Beatles are rushed to their limo and (being parked in the back alley next to the studio) mistake the limo with Grace and Larry for their own, thus allowing Grace to meet The Beatles in person, and finally get the exclusive photos of them that she’d been trying to get throughout the entire movie. 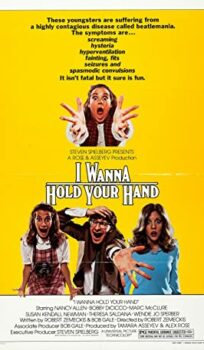