The tensions between Sandy and Diana ease up along their journey, and Diana reveals to Sandy one night that she doesn’t have a real name; she was abandoned at a police station in Morganville, Wisconsin as a nameless infant, and by the time she left the foster care system, she had six different names. She spent her whole life taking care of herself because she never had anyone to look out for her or set her down the right path in life, and since no one cares about her, she doesn’t care about anyone. That same night, they get caught up in an incident that sees the thugs Marisol and Julian, the skiptracer, and the cops all getting involved, and Marisol, Julian, and the skiptracer wind up getting arrested while Sandy and Diana escape.

Sandy takes Diana to Denver and introduces her to his family, and they have a nice dinner together. Before bedtime, Sandy tells Trish that he has had a change of heart about turning Diana in, but the following morning, he discovers that Diana is gone, and she only left a note saying “Sorry”. Sandy goes in to work to report his failure to bring Diana here to his boss, but he discovers that Diana is already here and is giving a full confession of her crimes against Sandy to Detective Reilly and two other cops, and Reilly tells Sandy that he is no longer a focus of his investigation. Just before she is taken away, Diana tells Sandy that she knew he wasn’t going to turn her in, so she decided to do it herself because it was the right thing to do.

Diana is imprisoned, but Sandy and his family become close friends of hers. While he and his family are visiting her, we find out that she is studying to get her G.E.D., and Sandy promises to start a first step program at work to help her get a job once she gets out. He also tells her that he was able to dig up her official birth certificate from Wisconsin, where it is revealed that her name is Dawn Budgie, and she cracks up over it because she thinks it is a terrible name.

Over the course of their misadventures, the tension between Sandy (Jason Bateman) and Diana (Melissa McCarthy) slowly abates and they become friendlier with each other. When they reach St. Louis and need cash so they can make it the rest of the way to Denver, she offers to steal someone’s credit card and use her credit card burner on it to get the funds, but he flatly refuses this idea and says that no one deserves to get stolen from. Diana tells him that she finds it strange that he doesn’t know of anyone who deserves to get ripped off, and this makes him think about Harold (Jon Favreau), his greedy and obnoxious boss at the financial firm he used to work at before he and several others left it to start their own firm. He thus decides to stick it to Harold by committing an identity theft crime of his own against him, so he and Diana infiltrate the records department of the St. Louis branch of Harold’s firm and obtain his credit card information, and they print it out on a new card before sneaking out of the building. They then use it to rent a suite in a luxurious hotel for the night, and Diana makes some other purchases with it.

While having dinner at the hotel’s restaurant, Sandy thanks Diana for teaching him to really go after what he wants and how to be more confident, and he also asks her what her real name is. She informs him that she can’t give him her real name because she truly does not know what it is; she was left nameless and abandoned at a police station in Morganville, Wisconsin as an infant, and by the time she went through the foster care system, she had six different names. She has spent her whole life taking care of herself because she never had anyone to look out for her or set her down the right path in life, so because no one has ever cared about her, she doesn’t care about anyone. Sandy replies that he cares, but she tearfully says that all he wants is for her to clean up her mess, and points out that, through his attempts to become a big shot, he has become more like her.

Moments later, the accounts processor that Sandy and Diana had duped to gain access to the records room shows up with the police, and they are arrested for credit card fraud and taken into an elevator bound for the parking garage. However, Marisol (Genesis Rodriguez) and Julian (Tip “T.I.” Harris) – the thugs working for drug dealer Paolo Gordon (Jonathan Banks), whom Diana had screwed over – get on the elevator as well, and Diana notices them and quietly alerts Sandy. Unable to take any action because of the presence of the police officers, Marisol and Julian go down to a different part of the parking garage when the elevator reaches the floor. Marisol calls Paolo and tells him that Diana has been arrested and asks what they should do now, to which he replies that they must follow her to the station, bail her out, and then kill her. Suddenly, the unnamed skiptracer (Robert Patrick) – whom Marisol and Julian had earlier shot in the neck when they found out that he was pursuing Diana, having no intention of letting him be the one to capture her – shoots Julian in his right leg and then Marisol in her left foot before putting them in the trunk of their own car, and when Marisol asks how he found them, he replies that he found them the same way they found Sandy and Diana: Their car had satellite radio and he tracked it through the GPS. Marisol proposes an alliance with him to nab Diana and then split the cash with him, but he says that this isn’t about the money anymore; she and Sandy made it personal with him when they earlier wrecked his van. He then locks them in and gets in the driver’s seat.

As the cops are driving off with Sandy and Diana, the skiptracer tails them. Diana soon uses one of her bobby pins to pick the lock on her handcuffs before kicking the back windshield out, which the skiptracer swerves to avoid before he crashes up against the police cruiser, sandwiching it against the road’s shoulder and leaving the cops unable to get out while Sandy and Diana make their escape. When the skiptracer pulls out his handgun to try to shoot them, it doesn’t escape the cops’ notice, and he soon drives off after the duo when he can’t get a clean shot. Moments later, he finds himself driving straight at Sandy, but Diana moves him out of the way and takes the hit, rolling up and over the car and landing on the ground unconscious. The skiptracer’s airbag deploys from the impact, disorienting him and causing him to crash his car into another one and stop him. Additional cops that Sandy’s and Diana’s arresting officers called for then cuff him, and when Marisol and Julian are found in the trunk, the skiptracer tells the police that they shot him, so they are taken into custody as well. Sandy is able to bring Diana back around, and she thankfully has suffered very minimal injuries, which – combined with all of the confusion – enables them to get away easily. When they get back to their car, Sandy thanks Diana for saving his life.

Sandy drives straight to his family’s house in Denver, where he happily greets his wife Trish (Amanda Peet) and his two daughters and also introduces them to Diana, who will be staying with them for the night and then coming into his workplace with him in the morning. Diana has some fun entertaining the kids at dinner, and she later tells Trish that Sandy was a perfect gentleman the whole way here, and also adds that he really does love her. While lying in bed with Trish, Sandy admits that he has lost his desire to turn Diana in, but Trish assures him that they will survive even if he doesn’t do that. When the morning comes, Sandy goes out into the living room where Diana has been sleeping and says that he is going into his workplace alone, but he discovers that Diana is gone and all she has left is a note saying “Sorry”. Sandy walks into his firm and tells his boss Daniel (John Cho) that he tried to bring Diana here but couldn’t make it happen, and he adds that it wouldn’t have happened anyway. Daniel directs his attention towards a nearby office, and Sandy looks and sees Diana chatting with Detective Reilly (Morris Chestnut) and two other cops. He goes in and finds out that Diana gave a complete statement regarding her crimes, including taking the blame for everything that went down in St. Louis, and Reilly tells Sandy he is no longer a focus in his investigation and will provide a letter to his employer making it clear that he is innocent. Sandy gets a moment alone with Diana and finds out that the reason she left his place this morning is because she knew that he wasn’t going to turn her in, and confessing to her misdeeds was the right thing to do. Sandy thanks her, and Diana tells him that she loved their trip. The police then escort her on out of the building.

One year later, Sandy is celebrating his birthday with his family at the nice big house they now live in, thanks to the better salary he is receiving at his job, and Trish has already given birth to their third daughter. They then pay Diana a visit at the penitentiary, where we learn that she will be released in three years (for good behavior) and she has been taking courses to get her G.E.D., and Sandy promises to start a first step program at work to help her with getting a job. Sandy gets a moment alone with Diana and informs her that he was able to find her birth certificate, thanks to pulling some strings with Reilly and getting her fingerprints run through the Wisconsin state database, and she finds out that her name is Dawn Budgie, which she cracks up over because she thinks it is a terrible name. She thanks Sandy, but says that she already knows who she is, and hugs him. As Sandy watches her head back inside, one of the guards tries to force her in, so she punches her in the throat, but then she gets hit with a stun gun by another guard. She shakes it off, however, and the shocked Sandy departs. 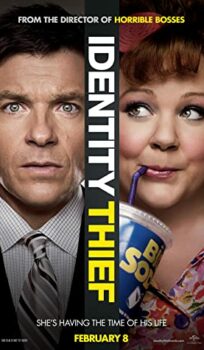