Retired gangster Will (Clive Owen) returns to the city and the people he left behind when his brother (Jonathan Rhys Meyers) commits suicide.  Determined to find the cause, he investigates and finds that his brother was raped by Boad(Malcolm McDowell), the shame of which prompted his suicide.

Will returns to form long enough to kill Boad.  However, the question of whether he will return to his old life, as well as the fate of most of the supporting characters (including girlfriend Helen{Charlotte Rampling} who was being held at her house by a hitman waiting for Will) is left unanswered. 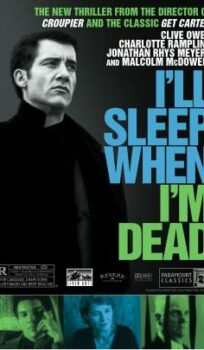