The producer of Amazon Games (Geena Davis) picks Carol’s voice to revive Don LaFontaine’s popular tagline “In a world…” for the trailer of the quadrilogy of films. This is much to the chagrin of Carol’s father (Fred Melamed) who is receiving a lifetime achievement award for voiceover work in the same evening. Although he has a nervous breakdown because he now realizes women will have a place in the voiceover world, his young girlfriend gets him to buck up and dedicate his award to his two daughters.

In the ladies room, Carol (Lake Bell) encounters the producer who picked her for the trailer voice and begins to thank her for the opportunity to make her place in the world of voiceover. The producer flat out tells her that she only picked her voice because it will encourage more teenage girls to attend these four films (which are based on teenage novellas a la Katniss Everdeen). It had nothing to do with her being the best, because she certainly was not.

The conclusion of the film shows Carol using the trailer as her inspirational message to her female voice coaching students.

It is not indicated whether Carol wants to continue to pursue voice acting or gives up because her father, her peers, and the producer who picked her told her she was not as good as the best. The fact that she is still in the recording studio at then end suggests she may continue to chase her dream. 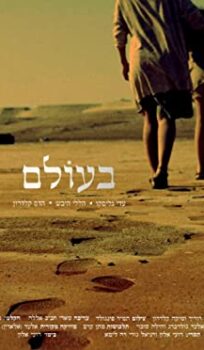