The government knew about the attack on the football stadium and let it happen.  The reason they let it happen instead of cancelling the games for that day, was they had a mole inside the terrorist cell; if they had warned London, the group would of gone underground and the police would of lost all intelligence opportunities, Unfortunately, the attack is more powerful than expected as multiple suicide bombers cause the deaths of 1000 people including the husband and son of the unnamed Young Mother (Michelle Williams).

Due to investigation of her fling Jasper Black (Ewan McGregor), it is revealed that her husband’s boss and friend Terrence Butcher (Matthew Macfadyen) was planning to go that day but did not due to the foreknowledge of the attack but did not warn his friend thinking the attack would be small enough so he wouldn’t be harmed.  She is horrified by this reveal and runs off.

After a while, she pulls herself together, and looks to rebuild her life. She finds out she is pregnant (implied to be Jasper’s) and the film ends with her giving birth to a son. 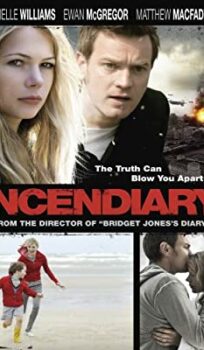