Longer Version:
Philip Adams (Cary Grant) is an American working in Europe for NATO.  Anna Kalman (Ingrid Bergman) is a famous actress in London.  Philip is a bachelor, but tells women he has a wife in America.  This allows him to run around with them, without them expecting a long term relationship or future marriage.  Anna believes this and becomes his “mistress”.  Anna learns that Philip lied and is not married.  She is furious that he told her this lie to avoid a long term relationship.

Anna decides to get even.  She knows that Phillip is planning on surprising her at midnight on her birthday.  She arranges for an old boyfriend to be there, so Phillip will be heartbroken when he finds her with another man.  When the old boyfriend gets appendicitis, Anna forces her maid’s husband to act the part.

Phillip shows up at midnight, repentant.  He tells Anna the truth and asks her to marry him.  He has a precious diamond bracelet for her.  On cue, the maid’s husband walks out of the bedroom in a robe.  Seeing another man, Phillip storms out angrily.  Anna is now desperate, as she has just ruined the wedding she longed for.  Phillip returns to tell Anna to keep the diamond bracelet, as he never wants to see it again.  Anna is able to bring out the maid and her husband and reveal the charade to Phillip.

Phillip and Anna get engaged. 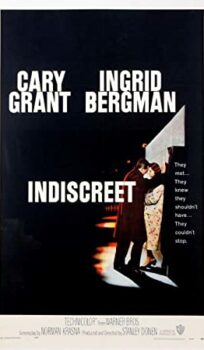